Plant a tree in memory of Doyle
An environmentally-friendly option 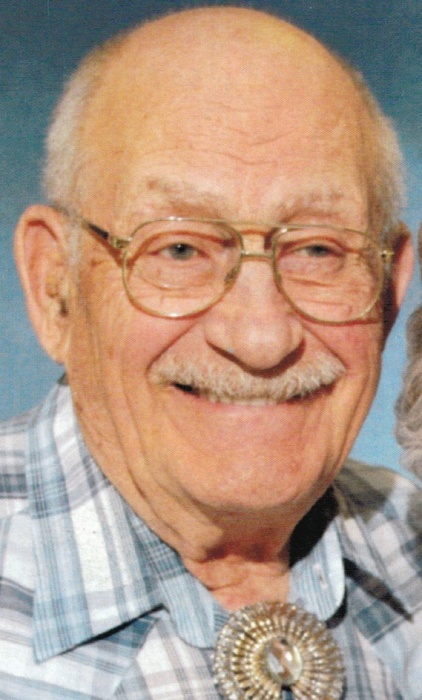 Doyle Eugene Gilson, beloved husband, father, grandfather, and great-grandfather passed away peacefully on March 20, 2021 at home with his family by his side.

He was born August 8, 1931 to Leslie “Less” and Julia “Bess” (Fox) Gilson.  When he was six, the family moved to Pine River, MN where he grew up.  He worked on the family farm and served in the Army Reserves for 8 years. On June 2, 1953 he married the love of his life, Agnes Schimming, and together they built a life they loved.

They lived at Sawbill Landing for 9 years then spent 35 years at Lax Lake before moving to Silver Bay in 2003.  They also enjoyed 15 years wintering in Texas.

He enjoyed traveling, dancing, woodworking, and working on snowmobile trails.  Doyle could fix anything and loved to take a vehicle apart and make something different out of it.

Doyle was a school bus driver and school bus mechanic for Lake Superior School District for over 30 years, retiring in 1990.

Doyle was preceded in death by his parents, brothers Darrel and Donald, and daughter-in-law, Cara Gilson

He was a kind and gentle man and is very much missed.  A Celebration of his Life will be held in the summer.

Plant a tree in memory of Doyle by clicking here.
To send flowers to Doyle's family, please visit our floral store.

A service summary is not available

Plant a tree in memory of Doyle
An environmentally-friendly option

Plant a tree in memory of Doyle

1 tree planted in memory of Doyle

Many good memories of Doyle from Sawbill Landing and the times he drove truck for my Dad, also putting up with all those rowdy kids on the school bus,,(lol). To Agnes too for the excellent shared writings of that time. The obituary states that Doyle was a kind and gentle man, that's how I remember him, heartfelt condolences to Agnes and all of family

My condolences to Agnes and all of Doyle's family.  I remember Doyle as a responsible and friendly gentleman.  His dedication to the school was well known and his skills much appreciated.  Agnes was a talented and loving partner for Doyle and shared her writing talents for all.  Doyle will be missed by many.  Sorry for your loss, Maggie King

My sincere condolences to the family for your loss. Doyle was my bus driver for many years and his good nature and smile will always be remembered.

Agnes and family:
So many good memories of Doyle.  He always had a smile on his face!  Such a happy person.  Always enjoyed seeing you guys. So sorry for your loss Agnes!  Thoughts & prayers are with you @ this very difficult time.  ❤

Sorry for your families loss. He was our school bus driver on the Palisade head route. Many memories, Deepest Sympathy to all.

Plant a tree in memory of Doyle